Shot Down Twice release video for single “Talk To Me” 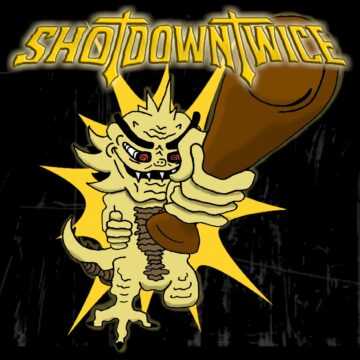 Canadian rockers Shot Down Twice consisting of lead vocalist Carmen North (Carmen North Band, ex-Orbiting Deathray), guitarists Jeff Wilson (ex-Sludgehammer) and Pat Rogers (Profaner, Phear, Hallows Die) and drummer / bassist Rusty (Profaner, The Hype, The Next Level, ex-Lutharo) along with live bassist Joob Vakili (JooB, The Next Level) have released a video for their single “Talk To Me”, which will appear on their second EP Shot Down Twice, which will be available on January 21, 2022. The group previously released the EP Got Up Once in 2020.

Shot Down Twice‘s “Biography” on their website indicates in part: “Shot Down Twice is a female-fronted hard rock supergroup based in Hamilton, Ontario. Formed in summer 2019, the band has been pumping out music with no signs of stopping. 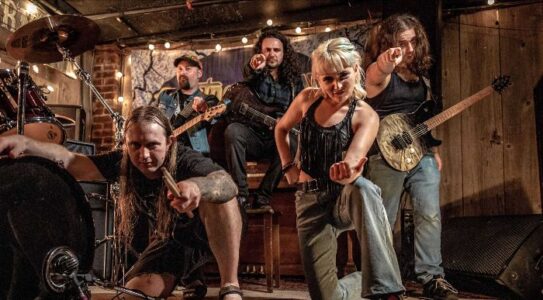 The members that make up the band are, simply put, heavy metal fans who wanted to have some fun in the rock and roll world with a fun and classic sound. The band believes in loud vocals with even louder guitars, angry lyrics with even angrier delivery, and exciting songs with even more exciting performances.

Shot Down Twice burst into the music scene with their first EP – Got Up Once. It was a pump-up album for rock fans who want to hear something classic, with a touch of a modern sound. The first single, ‘The Legend’, set the tone for the rock band – promising a powerful and unforgettable future of music. The following single was a gorgeous ballad called ‘Mirage’, which showed the bands ability to connect with the audiences emotions with lyrical depth and great musical storytelling.”

Shot Down Twice‘s “Talk To Me” video: