Canadian rockers Shot Down Twice consisting of lead vocalist Carmen North, guitarists Jeff Wilson and Pat Rogers and drummer / bassist Rusty along with live bassist Joob Vakili have unveiled a video for their new single “Undermine/Overthrow”, which will appear on their second EP Shot Down Twice, which will be available on January 21, 2022. 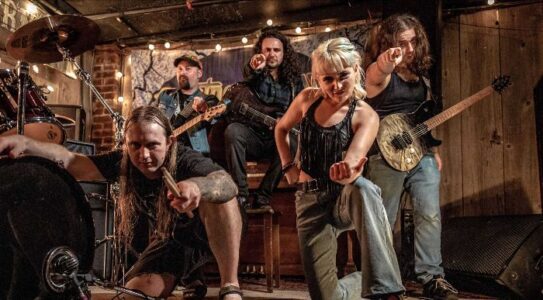 C Squared Music‘s press release indicates in part: “After many months of work, and after numerous highs and lows we are beyond thrilled to release our second EP, aptly named Shot Down Twice.We’ve dug real deep this time to create a hard rock EP that will are really proud of. We had a blast working on it and I think that’ll come through and you’ll be able to feel that when you listen to the music. It’s a full ride and we hope you enjoy it as much as we do. Cheers to all.”