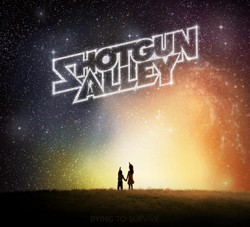 New Zealand’s Shotgun Alley, who recently announced they are disbanding, are offering a free download of their final album ‘Dying To Survive’ as a parting gift to their fans at www.shotgunalleyrock.com.

On November 4th the band stated, “It is with deep regret to announce that Shotgun Alley will be disbanding permanently as of today. From all 6 of us, we just wanted to say thank you for all of your constant support and devotion to SGA over the last few years. We also wanted everyone to know that this split was an amicable decision that the band collectively has decided.

Please respect that this was not an easy decision to make, but it is best for all members. We look at Shotgun Alley as just another musical step in each individual’s journey. We have all grown and matured immensely over the last 3 years, and we are very proud of all the things we have accomplished together.

We understand that it may not be very clear as to why we have decided to call it a day, but put simply, Shotgun Alley started when we were all younger with different musical ambitions. Although our time in LA was amazing, it made us realise that more than ever all of us just want different things musically and need the break to try something different. We want you guys to know we couldn’t have done any of it without all of you supporting us, so from the bottom of hearts, thank you!”

Shotgun Alley formed in New Zealand mid 2009. Since then they have played numerous headlining tours of their home country and have shared the stage with Alice Cooper, Def Leppard, Slash and Steel Panther. After relocating to Los Angeles the band recorded the ‘Damnation’ EP, the follow-up to their 2011 self-titled debut. For the last 6-8 months Shotgun Alley have been working on ‘Dying To Survive’, and rather than locking away all the songs forever have decided to give it away as a farewell parting gift.