It’s been a little while since we’ve heard from Shotgun Messiah and Shotgun frontman Zinny J. Zan but the singer will be releasing a new single under the name Stagman on October 16, 2019. 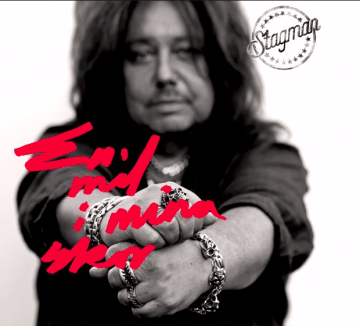 Wikipedia states the following about Zan‘s time in Shotgun Messiah and subsequent projects (with slight edits):

Zinny J. Zan and Stixx reunited in 2012, referring to themselves as Shotgun, to celebrate the 25th anniversary of Welcome To Bop City, the original debut album from the band’s first incarnation as Kingpin before changing their name to Shotgun Messiah. They assembled Rob Marcello and Chris Laney to the line-up and released a live album under the Shotgun moniker.”

Zan Clan‘s album We Are Zan Clan…Who The F**k Are You??! took the top spot of Sleaze Roxx‘s inaugural Top Ten Albums of the Year in 2005.