Cleveland, Ohio, USA based rockers Shok Paris consisting of lead vocalist Vic Hix, guitarists Ken Erb and John Korsekwa, bassist Ed Stephens and drummer Dono will be releasing their first new studio album in 31 years on May 29, 2020. The new album is titled Full Metal Jacket and will be released via No Remorse Records. 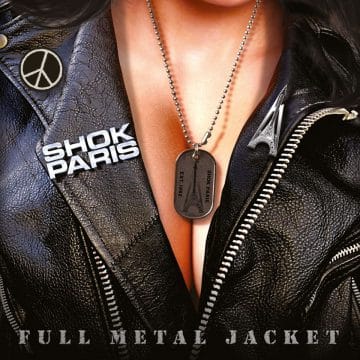 The following message was posted in part on No Remorse Records‘ Facebook page yesterday (with slight edits):

“The return of classic US metal! 31 years after the last studio album, Shok Paris, the legendary US metal band from Cleveland, Ohio, returns with a new album!

“Full Metal Jacket” will be released by No Remorse Records on May 29th, 2020.

Pre-ordering starts tomorrow at www.noremorse.gr with all details and prices.

Formed in 1982, Shok Paris is one of the iconic US metal bands of the ’80s, releasing the classic albums “Go For The Throat“, “Steel And Starlight” and “Concrete Killers“, while they toured with bands like Savatage and Lizzy Borden.

All over the last years, they performed selected shows and took part in festivals like Bang Your Head, Up The Hammers, Keep It True and Headbangers Open Air. New songs were always on the back of their heads, and finally the time arrived!

Old-school power, melody and feeling, is what you will get here!”

Shok Paris‘ “The Heat And The Fire” video (from Concrete Killers album):

SHOK PARIS – The Heat And The Fire