Demon Doll Records is at it again having found another glam metal band that never got its debut album released. This time, it’s Hollywood glam metal rockers Sibling Rivalry that are getting their debut album entitled Sweet Paradise released after more than 30 years.

“After 30 years…The Sibs have officially landed! 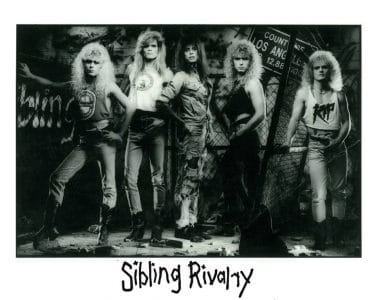 The “Sibs” as they were affectionately known to friends and fans, quickly became one of Hollywood’s biggest club draws and were voted one of L.A.’s top local bands by Music Connection magazine. Hailing from Denver, Colorado, Sibling Rivalry left the Rocky Mountains for Los Angeles in early 1986 and rapidly established an impressive following in Hollywood. The Sibs also attracted the attention of their peers, Carmine Appice (Vanilla Fudge, Ozzy Osbourne, King Kobra) describes Sibling Rivalry as having “Good looks, good songs, and a good stage presence” then asked ” What else do you need?” By February 1987, The Sibs had completed a 24 track three-song demo-tape produced by Kenny Kerner (responsible for Kiss‘ first two albums) and secured a development deal with Warner Brothers Records, which ultimately did not pan out.

Aiming their song writing strategy at knocking their fans off their butts and making them want to party…it seems as though the boys hit the mark with their goals on the anthem “Rock On The Radio”, the infectious “Sweet Paradise” as well as the hit ballad “You’re All I Need”.

This CD has been digitally remastered by Lance V. and comes packaged in an 8 page booklet with a full set of lyrics. 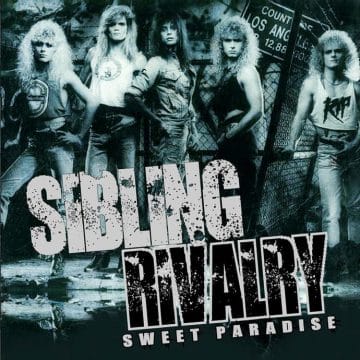 If you love your Hard Rock in the vein of Aerosmith, Tesla and Van Halen, we think you will love this Hollywood Glam Metal masterpiece. Highly recommended and highly addictive!

Get some “Rock On The Radio” today and know it was worth the 30 year wait!

Sibling Rivalry – Rock On The Radio