Sign of things to come? — Toronto’s The Rockpile venue starts GoFundMe campaign for its staff

If you’ve been reading Sleaze Roxx’s concert reviews for the last decade or so, you’ll have noticed that many concert reviews emanate from a venue called The Rockpile in Toronto, Ontario, Canada. For a couple of years, there was even two Rockpile venues with one dubbed Rockpile East and the other Rockpile West. Sleaze Roxx‘s concert reviews at The Rockpile started with the first one covering Tracii Guns‘ version of L.A. Guns (with Dilana as lead vocalist) in January 2012 and its last to date covering Steve Grimmett’s Grim Reaper in September 2019. Sleaze Roxx also covered the Rockpile East‘s opening night, which featured headliner Killer Dwarfs along with a number of opening acts including Diemonds on October 4, 2013. 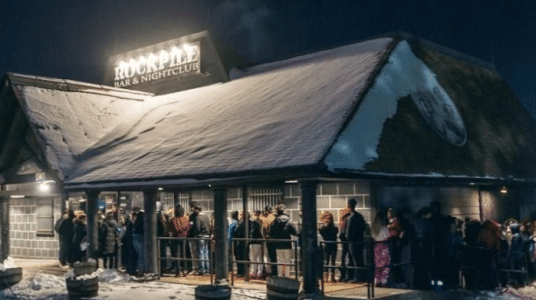 With the COVID-19 virus epidemic forcing the hopefully temporary closure of concert venues throughout the world, The Rockpile owner has decided to start a GoFundMe campaign to raise $7,500 Can to help the venue’s staff navigate through these unfortunate and trying times.

“Hi everyone, it’s Dominic from The Rockpile!

These are strange times we are in, and I miss seeing you all at the bar.

I’m doing everything in my power to try to make sure that we’ll still be here to reopen, even if this virus keeps us down for a few months, but this isn’t about me.

At Rockpile, we’re family. Odd, and sometimes dysfunctional, but it’s family nonetheless. From the bartenders and waitstaff,  to the techs, who all make The Rockpile a warm experience for every single patron that walks through our door, they depend on this place to make a living. Many of them are suffering financial hardships, as I’m sure many of you are as well, but if you can find it within you to give a little back to the team that goes out of their way to bring it to you, night after night, maybe we can ease the burden a little.

I want to make it completely clear that none of the money is for myself or the club. I’m not much of an on-line guy, so I’m leaving this in the hands of Jake Disman, who is always on Facebook, even when I wish sometimes he wouldn’t be, to answer any questions or concerns that any of you may have.

Thank you for taking the time to read this, and if you’re as strapped as they are, even sharing the link to this helps.

Thanks everyone, and we hope to see you soon,