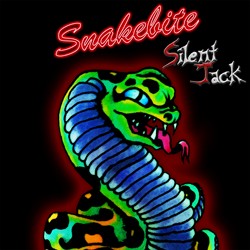 Silent Jack, the hard rock band from Birmingham, UK, are set to release their first EP on December 22nd. The release, entitled ‘Snakebite’, consists of the previously released singles plus some new cuts. Recorded by Alex Cooper of Arkham studios, and Richard Wood of The Old Smithy, it’s seven tracks of simple, driving, hard rock.

The release will be celebrated with a launch party at Scruffy Murphy’s in Birmingham, as one of the band’s Hard Roxx events, where the band will play the EP in full with support from Stone Cold Kill, Black Star Bullet, and Uncle Jim.