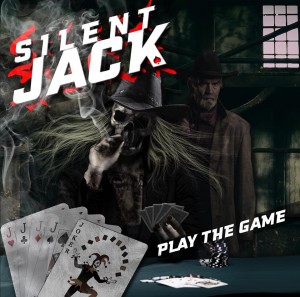 British hard rockers, Silent Game, have released a video for the title track of their new album Play The Game.

Silent Jack‘s Play The Game record was released on September 30, 2015.

Sleaze Roxx had the following to say about Silent Jack‘s 2013 record Snakebite: “There is no denying Snakebite is a little rough around the edges, but if you want nothing more than to revisit the golden age of sleazy ’80s hair metal, Silent Jack fit like a well-worn pair of spandex pants. The band could use the direction of a well-schooled producer, one who could successfully bring out the killer sounding rhythm section and give the backing vocals more polish. However, for a first effort I really can’t complain too much because Snakebite is dripping with sleaze and is anything but ‘silent’ — just the way I like it.”.