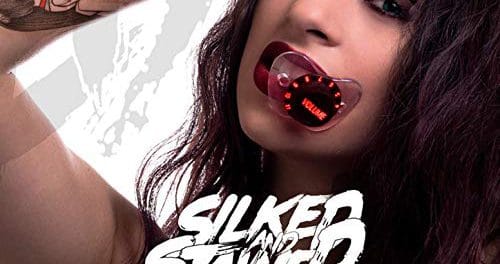 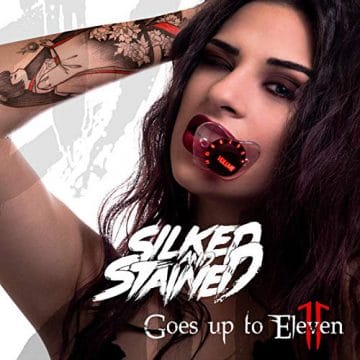 Silked & Stained‘s “Biography” on their Facebook page indicates in part (with slight edits):

“Silked & Stained is a melodic hard rock band from Athens, Greece formed in late 2013. Their first single “Much Love” was featured at Pure Rock 7 compilation by Atlantis Records and has gained a lot of attention, receiving good airplay and staying at the top 20 chart of Atlantis Fm 105.2 almost for two months. “Much Love” was also selected to be featured in a compilation CD along with an interview at “Fireworks” magazine in the UK. During that time, Silked & Stained have played many gigs at many venues in Athens receiving great feedback from audiences and media too, creating their fanbase….

2014 -2015 were busy years as the band won the 3rd place award at Warfield Competition organized by Metal Hammer Magazine Greece and Remedy Live Club and played live shows along big names such as Miljenko Matijevic (SteelHeart), Wild Rose, Hell In The Club, Outloud, George Gakis and many others as opening acts, receiving very good reviews in the process and increasing its stature. 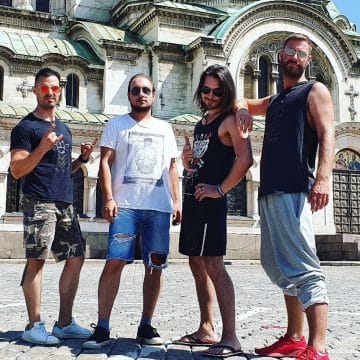 2016 found them at CFN Recording Studio recording their debut album with Dion Christodoulatos (Sorrowful Angels, Foray Between Ocean) as a producer, mixing and mastering engineer.

In 2017, Silked & Stained signed with Lions Pride Music (Denmark) for the worldwide release of their debut album “Love On The Road” which was released on 18 December 2017….

Later on in April 2018, the debut album’s lead singer Bill Tsaklidis left the band due to personal reasons and Silked & Stained soon announced Haris Mos as the new singer releasing a new music video for “Bombshell” to promote the new frontman. “Love On The Road” became sold out within the first six months of its release via announcement from Lions Pride Music in June 2018.

2019 found the band creating new music as they entered CFN Studio once more and began recordings for the new album and it was finished in the summer of 2019. “Goes Up To Eleven” as the album is titled “is going to be more hard rock, edgy, faster and louder as the band stated”. Mixed at CFN Studios by Dion Christodoulatos and mastered at VU Mastering Sound Studio by Nasos Nomikos, the whole team raised the level of production and the result is amazing.

The band performed at the Wolfest Rock Festival Bulgaria along with Cradle of Filth, Pretty Maids, Axxis, Scarlet Aura and many other acts in August 2019 redeeming the success of their debut album and presenting some songs from the new album such as “Woman You’re The Devil”.

“Goes Up To Eleven” is going to be released on October 31st, 2019 via Lions Pride Music.

If you’re going to a Silked & Stained show, you will witness an energetic, loud, sweaty & skull crushing hard rock spectacle performed by four young men having the best time of their lives.”

“Woman You’re The Devil” is the first single from Silked & Stained’s – Goes Up To Eleven CD | Released 31 October 2019 on Lions Pride Music. Digital on iTun…