Former AC/DC drummer Simon Wright was recently interviewed by Andrew Daly for Vinyl Writer Music. Wright was in AC/DC from 1983 to 1989 and played on the studio albums Fly On The Wall (1985) and Blow Up Your Video (1988).

In terms of the recording for Fly On The Wall, Wright indicated: 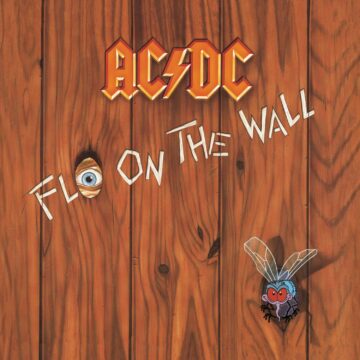 “It was recorded in Switzerland. It was beautiful, just stunning. We went in and rehearsed the songs and ran them down and stuff. I think there was one or two that we needed to work out a little bit in the studio. I mean, that live room was enormous. It was this huge round building. It was great. That was the thing about that band, it was just like, “Let’s play.” They don’t try experimenting with anything, they’re just straightforward Rock ‘N’ Roll. So, we just played, and I remember that there was this really long staircase, almost like one of those fire staircases outside of the building, but it was on the inside, and you had to go all the way up there to get to the control room, which was up high. We would put down a few tunes before we had to traipse all the way up the stairs to get to the control room and have a listen. [Laughs]. It went well. It was all good.

And the album…it’s it seems to have gotten a life of its own afterward, you know, after the fact. A lot of people tell me it’s one of their favorite ACϟDC albums. And I’m like, “Well, obviously, you haven’t heard Back In Black.” [Laughs]. I think I’ve said it before, but I think because they have such a dense catalog of brilliant material, people probably get a little stuck on Back In Black, and then they delve back into the catalog…there are so many other great albums in. I’m not sure exactly why, but people seem to like Fly On The Wall. They seem to come back to it.”

You can read the rest of the interview with Simon Wright at Vinyl Writer Music‘s website.

AC/DC‘s “Shake Your Foundations” video (from Fly On The Wall album):