Former AC/DC drummer Simon Wright was recently interviewed by Australia’s Illawara Mercury given that he’s part of a new project entitled Let There Be Rock – Orchestrated show, which will launch in Australia. 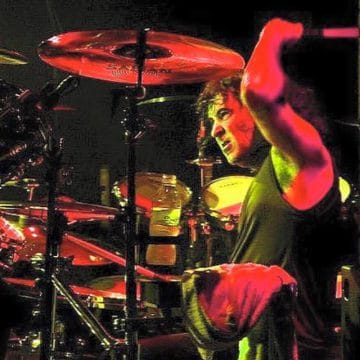 Wright is the only member of the group that actually played in AC/DC and commented as follows:

“One thing I did come away from AC/DC (with) is that it’s about the feel.”

“It sounds simple, but it’s not about the technicality of it. It’s about the swing and the feel of it”

In terms of AC/DC supposedly working on a new album with Rudd and lead vocalist Brian Johnson, Wright opined:

“I’m hoping they’ll be back with another album and a tour – that would be awesome.”

“With all the problems they’ve had, obviously with Mal leaving us, and all that crazy stuff with Phil Rudd. I guess they’ve patched that up, but I don’t know anything other than what we all see on the internet.”

“I think it would be nice if they came back and they did an album for Mal, just to kind of put a dot behind that conversation. Because Mal was just the engine room and creator of that band. It’s such a tragedy.”

You can read the rest of the article / interview with Wright at Illawara Mercury.