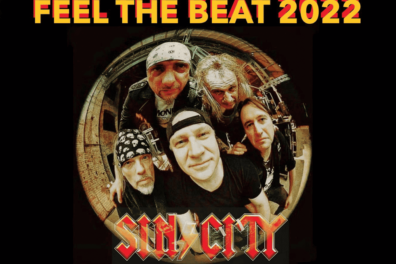 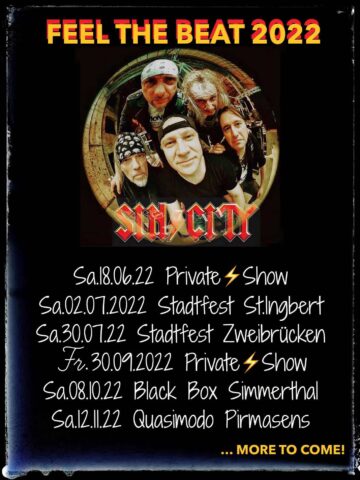 German rockers Sin City consisting of lead vocalist Porty Portner, guitarists Dschürgen Gegner and Eule Seiler, bassist Patrik Apel and drummer Lars Lunova have unveiled a video for their new single “Feel The Beat” from their upcoming new album, which will be released in February 2023.

Whilst the whole rock n roll world had to do a corona stop, Sin City worked on some new songs for the upcoming CD (February 2023) to celebrate the 30th anniversary of that five-piece-friendship-based rock n roll combo.

What started 1993 in south west Germany is still existing and steaming, and can be heard and seen now with its new output “Feel The Beat”.

The song based on a fine 70s T-Rex / Slade like stomp, added with some well known Aussie like guitars.

Can you Feel The Beat?”