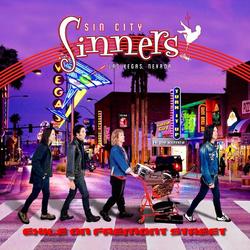 Sin City Sinners would like to congratulate our singer Todd Kerns, on becoming the bass player for Slash’s touring band. This is a great opportunity and a chance to promote The Sinners on national level.

Right now Slash’s known live schedule is limited and we are not expecting Todd to miss much time. However, The Sinners will soon announce an extremely talented and well known sub to fill in for any shows Todd may miss.You will not be disappointed…