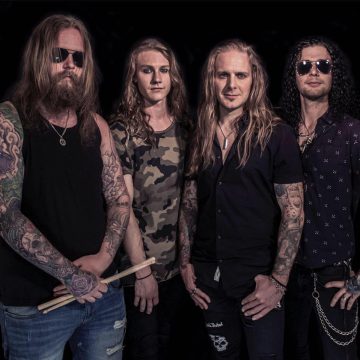 The following message was posted on Sin Cruz‘s Facebook page back on May 15, 2020:

“It’s been a while since our last update SO.., to break the silence we now proudly/loudly adress our beloved fans that we’ll be releasing the first single from our upcomming album at the end of this month! This one’s called “Tyrannical” and will be available on all digital streaming platforms 29th of May! Have an awesome friday and stay safe! ?”