Sinful Way back after almost 30 years with new album ‘Resurrection’ 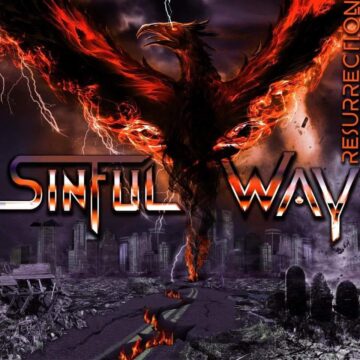 “Sinful Way got their start in the late 1980’s in the Baltimore area. With founding members Jeffrey A. Kreipl (guitar), Matt Smith (drums) and Jeff Finnerin (bass). Playing together during the rock scene of the late 80’s and early to mid 90’s, the band released a self titled five-song demo in 1990. After that, Sinful Way continued to write new material and play all over the Maryland area. Fast forward almost 30 years, And Sinful Way is back with 11 new songs and a re-envisioning of the original material. The guys are back with new members, adding to the mayhem are Mark Gable on vocals and Denny Grace adding his talents on guitar. Sinful Way is a band to experience that can take you back to the earlier days of rock and metal that you remember most!”