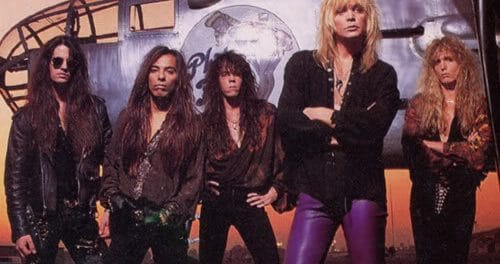 Sainted Sinners lead vocalist David Reece was recently interviewed by Bobby Caughron of XS Rock and was asked whether Bangalore Choir are still alive as a possible side band or whether he has moved on. 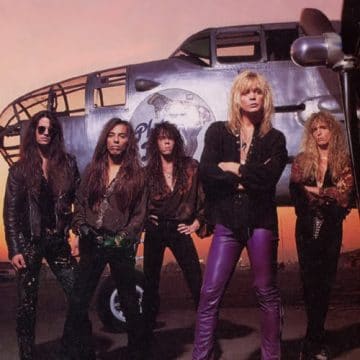 Reece replied by stating: “Well, I was offered to do the Rock N’ Skull Festival this year as a reunion with those guys. We did Firefest in 2010 and recorded a live album that night back in 2010. It’s a real quirky band. There’s a lot of personalities there. Not only did grunge destroy us, but we kind of self destructed with all of our personalities. To get those guys in the same room is like getting Obama to shake hands with Trump and mean it (laughs). It’s a very pretentious, thing with a lot of anger there. Maybe that’s why we wrote such good songs. So to answer your question. No. Bangalore Choir is dead. Curt Mitchell doesn’t want to tour. He loves to be home with his wife and children and he’s perfectly content with teaching guitar. He can’t deal with all of the drama. It’s a full contact sport, this business.”

Reece was also asked about his experience with Accept‘s Eat The Heat album and how much input that he had with that record. Reece stated: “Well, Gabby, Wolf Hoffman‘s wife has always been the lyricist for Accept. If you look at the liner notes on the albums it says all lyrics written by Accept and Deaffy. That’s her nickname. When I was signed to the band, the whole plan was to break the band bigger. So they were like let’s get an American guy who speaks English and let’s really try to do it. That was the vision that they had. I don’t think they were really whole-heartedly committed for that shock and awe that comes with all of that change. I was in the studio one night with Dieter Dierks and he stopped the tape and looked at me and said, You realize if this album fails, it’s your fault and my fault. And I was like oh, come on now and he said no, wait and see if it fails it’s our fault that we destroyed the band. And I’ll be damned if he wasn’t right. I had some of the old fans who took me in, but for the most part they didn’t like it. And the new fans really loved me, but didn’t like Udo (Dirkschneider).

As a life experience, I can never, ever express what an opportunity that was. I was in the second largest rock band in Europe at that time, behind the Scorpions who were number one. It opened so many doors for me. They taught me what it’s like to be a worker. That German work ethic. They taught me to be professional you have to work for it. Your not going to just walk on stage and just get it. Those guys work hard. We would rehearse 8 to 12 hours a day. We didn’t even have a set list on stage…we knew the set. I wrote a lot of the new lyrics on that album, which was a fight because Gabby wanted to be the lyricist and they questioned my slang terms because they weren’t aware of all of the English slang. It was really great and really terrible at the same time. But, I don’t regret it at all. That album, people now write me every day and say you know what, I went back to that album and I really love it now. It’s weird, you know I still get royalty reports for that album that’s almost thirty years old now. It was extreme vocals on that album. Rudolph Schenker had said that Accept had found the perfect replacement, JrRob Halford Jr.. I kind of took it as an insult at the time, but that’s the way it was, you know, balls out metal. And that’s what you have to do with those guys, because that’s how they are.”

You can read the rest of the interview with Reece at XS Rock.