Singer Derek Davis looks back at moment where Babylon A.D. screwed up their career 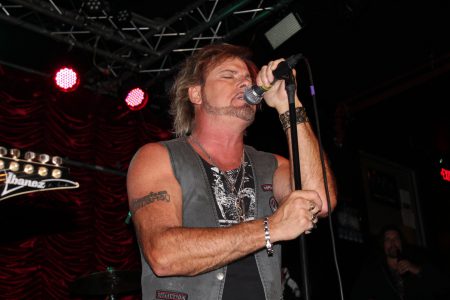 Davis spoke about what possibly led to Babylon A.D.’s demise in the mid-’90s and what may have led to band not recording a third album for Arista Records.

“They put a lot of money into that song [“Psychedelic Sex Reaction” which was on the album Nothing Sacred]. We kind of fucked up our career on that one, also because we didn’t play it live. They promoted the shit out of it to radio. They gave them all these boxes like as big as a cigar box that had like these psychedelic rubbers on them and these little booklets that showed you how to have psychedelic sex and all this shit. They really went out of their way you know as far as the record did. The record company sent it to all the radio stations throughout the country. Then, they sent everyone down to a gig we were playing in Chicago. Flew them all out there. We didn’t even know that they were flying them out there. We just [knew] the day we woke up.

Our manager, he comes on the bus, ‘Okay everybody. Arista [Records] is flying all these radio programmers out and you guy have to play “Psychedelic Sex Reaction”.’ We all looked at each other and said ‘What that the fuck? We don’t play that song!’ He 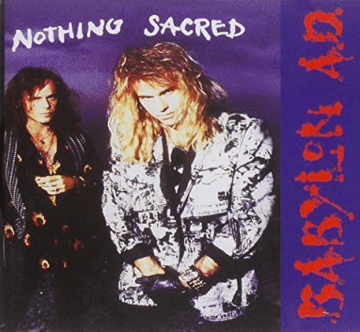 Our manager had a fucking heart attack. He fucking exploded man. ‘You fucking guys. You just ruined your career. You fucking assholes. What’s wrong with you. Arista just spent $50 000 bringing these people out and you didn’t play the song they came to hear.’ And we’re like, ‘Fuck you Jake.’ He was right though man because we had always been on a bus. We’re home like in the best hotels, you know, living like rock n’ roll hedonistic lifestyle. Next thing we know, two weeks later, we’re in a fucking Winnebago. All our tour support, everything was just gone. We cut our own throats man. You know, we didn’t play ball.”

You can hear the interview with Derek Davis by Tyson Briden for the Non-Stop Rock Talk with Tyson Briden via Buzz Sprout’s website.