In terms of how he landed the Vandenberg gig, Levén stated (with slight edits): “I got a message from Adrian [Vandenberg] in December of last year. I don’t know where he heard me or anything. We talked about a possible collaboration in 2021 to record a new album and everything. It took awhile because of the pandemic. We started working on the album about 2 months ago. We just did our first show and we had only had 1 rehearsal for 4 hours a few weeks before it! It’s weird how we headlined a festival 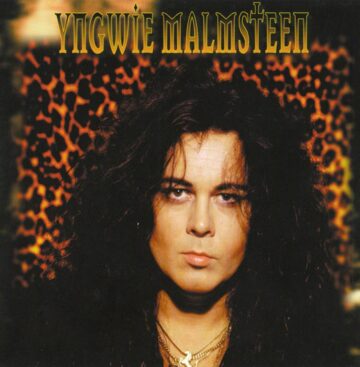 and that was the first time we all saw each other on a stage. It worked out fine because we’ve all been doing this stuff before. I had the first Vandenberg album right when it came out when I was a kid. Adrian is so down to earth and such a nice guy, very humble. He’s very musical and has a lot of great ideas. The album will be released next year. I’m guessing a song or two will be released before the summer. I think people will appreciate the new Vandenberg album. Hopefully it goes over as a cross between Vandenberg and a bit of what Adrian did in Whitesnake as well. I’m really looking forward to completing it.

With respect to his time with Yngwie for Facing The Animal, Levén indicated: “I was kinda surprised I was allowed to co-write as much as I did. I think it turned out really, really well. This was a big gig for me at the time. We really worked hard on it. We had Chris Tsangarides producing and of course Cozy Powell on drums. It was very inspiring to work with those people. Yngwie and I were brought up on the same music, the Blackmore/Purple stuff, and I think he liked having a Swedish singer in the band. It was a great experience. I haven’t heard all the albums he’s done after, but I kinda get the feeling that Facing The Animal was the last album that was 100% properly produced by a producer. Songs like “Alone In Paradise” – that was an old idea Yngwie had from the Odyssey days. I’m pretty sure he had old Joe Lynn Turner background vocals for that one and I just copied what Joe had done. For the song Facing The Animal, I wrote all the lyrics and melodies to some riffs that Yngwie had. At first, no one was really liking it. We recorded it, but I didn’t think we were going to use it. A month later, Yngwie calls me at tells that’s the name of the album!

I really only wanted a contract for one album and tour to see where it would go. We did the tour in ‘98 and did the live album. After all that I was getting the feeling that everyone in the band wanted to leave. Yngwie really didn’t sell that well that time around either, mostly because of the financial crisis that was going on in Japan. Because of all that, I got the vibe that I wouldn’t be allowed to contribute as much to the writing. I think he wanted to write all the songs going forward to make more publishing money. During this time, Cozy died as well. So I felt it wouldn’t be the same situation or as fun as doing Facing The Animal so I left. Nothing bad happened between us or anything.”

You can listen to the interview with Mats Levén on the 80’s Glam Metalcast podcast below: