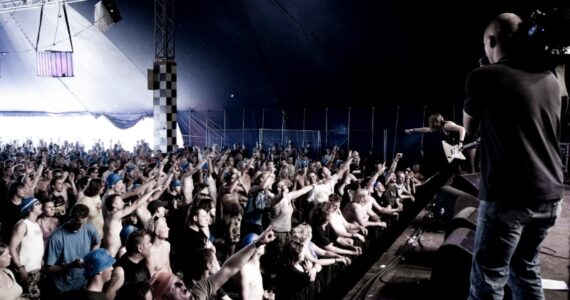 “In 2010, we played at our very first big festival in The Netherlands called Zwarte Cross. Our first time on a big stage like that.

We were opening that particular stage and 15 minutes before showtime there was nobody in the tent.

Oh well, we were used to that! No worries [laughs]!

But 14 minutes later when getting ready for getting on stage, we heard that sound…. A sound of a very fuckin’ amazing full house!

When walking our first steps on stage, we got an ovation without even playing yet! We never had that experience and it was awesome. The crowd went wild.

That was the moment when I realized our band maybe had some real potential.

And this is how our faces looked like when thinking that, right AFTER the show.” 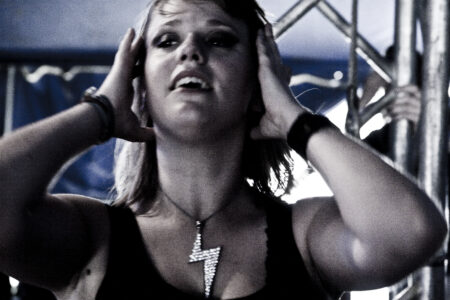 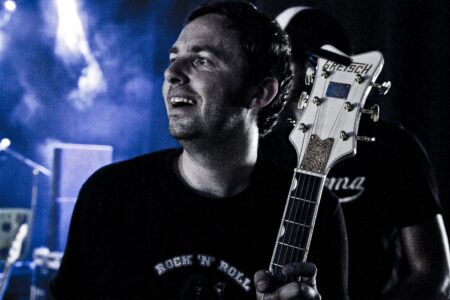 The Dirty Denims performing “Going Out” at Zwarte Cross Festival in The Netherlands in 2010:

The Dirty Denims, which also include bassist Marc Eijkhout and drummer Suzanne Driessen, will be hosting a Zoom release party tomorrow (on April 23, 2021) for the digital release of their single “Hit Me With Your Best Shot.” Tickets can be obtained via Eventbrite.

The Dirty Denims‘ Hit Me With Your Best Shot” single (from Wanna Be Famous EP):