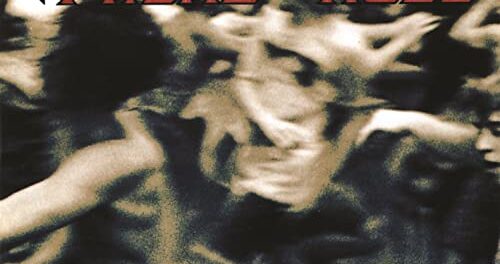 Spread Eagle frontman Ray West was recently interviewed by Andrew Daly for Vinyl Writer Music. Spread Eagle released two albums — Spread Eagle (1990) and Open To The Public (1993) — before disbanding in 1995. The band’s original line-up consisted of West, Rob De Luca on bass, Paul Dibartolo on guitar and Tommi Gallo on drums. The group reformed and went through a few different line-ups but the latest one consisting of West, De Luca, drummer Rik De Luca and guitarist Ziv Shalev released the album Subway To The Stars in 2019. 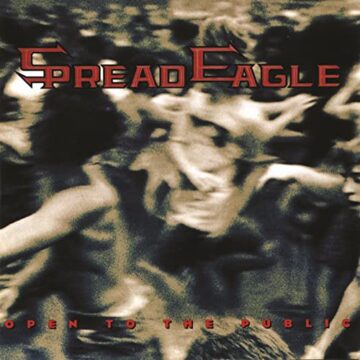 Daly opined that by the time that Open To The Public was released, Spread Eagle‘s razor’s edge mentality seemed to be gone and there also appeared to be some more alternative influences creeping in, as well as a certain melodic maturity. West was asked to expand on that to which he added (with slight edits):

“When you’re recording, everything outside tends to creep in. Everything you absorb, whether it’s the music around you, the movies around you, or the city that you live in. We, obviously, were based in New York City, but now, we had some experience traveling, doing some things, hanging out with different bands, and having different conversations about what we should do, but we all stuck to our guns. Paul was part of the production of the second record, even the first, but Paul had more of a hand in producing that second record. Paul’s very musical, and he likes to orchestrate a lot of cool things, so we were left to our own devices. Still, management and the label were saying things like, “You need to write a hit,” which is funny because they should have released “Switchblade Serenade” on the regular, and put us in heavy rotation with the video, because, to me, that song was a hit. So what’s hit, and what isn’t hit, is so fucked up.

When we started to record Open To The Public, we felt we were in a more mature place to write, we wanted to explore melody even more. We became a band quickly. We got signed quickly, and then, the first record was put together so fast, and the energy was so quick, and we recorded it quickly. Then, we went on the road quickly. So, for the second record, we had more time to put in it, so that’s what happened. Maybe we had too much time to think, overthinking is part of being on the devil’s playground, right? So, I would say that Open To The Public was overthought. It’s got some great songs on it, “King of the Dogs,” “Revolution Maker,” and to me, it’s good, but something is missing. It’s one of those things, it’s all about perspective, isn’t it?”

In terms of his vocal progression on Open To The Public, West indicated: “I had to retrain myself to sing the first record live. I actually had to take voice lessons from the New York City voice teacher of the moment, Don Lawrence. He preached, “Ray, you have to control the power,” because I used to push so hard, even at times when I didn’t need to. So, during the recording of Open To The Public, I became more aware of taming my tone, so to speak. I learned tonal awareness, and to sit back in the pocket more, so I became a better pocket singer. I transitioned from wild and untamed to just untamed. [Laughs].”

You can read the rest of the interview with Ray West at Vinyl Writer Music‘s website.