Catalano frontman Roxx Catalano‘s pimple like blemish on his right leg turned quickly into a severe infection requiring hospitalization. If the infection had been left untreated for a few more days, it could have resulted in his death. 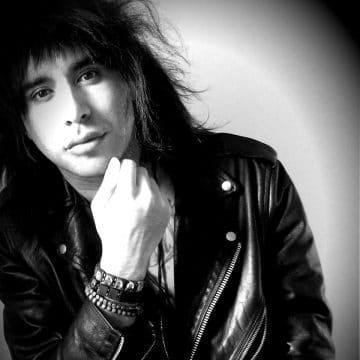 “Bit of an update, last Monday I had an insignificant blemish on my right leg, thought it was a little pimple type thing, fast forward a few days and I was barely able to walk but being a mans man I sucked it up n put on a staunch face as long as i could only to end up here in Canberra Hospital in a near critical condition with a heavy metal infection from hell, the doctors cautioning that if I had waited another 3-4 days I could’ve died. In bulk pain still but after 3 nights am now stable, cheers for all the phone calls, messages and good vibes, power lives to ride another day!
much love to y’all,

Sleaze Roxx stated the following in its review of Catalano’s debut album Dark Skies, which was released back in early 2016: “Fans of ’80s hard rock will likely enjoy Dark Skies not only for the songs but also for Roxxi Catalano himself. Catalano captures about as much of a decadent ’80s rock star vibe as anyone could muster. Actually scratch the muster, it’s just who and what he naturally seems to be. Dark Skies could be Catalano‘s breakout album and is a great first move for the singer after the rapid implosion of De La Cruz.”