Former Lies, Deceit & Treachery and current The Hot Summers lead vocalist Shane Tassart made a comment yesterday (on May 17, 2022) on a Facebook post on Metal Sludge about auditioning for Skid Row and getting beat out by ZP Theart. 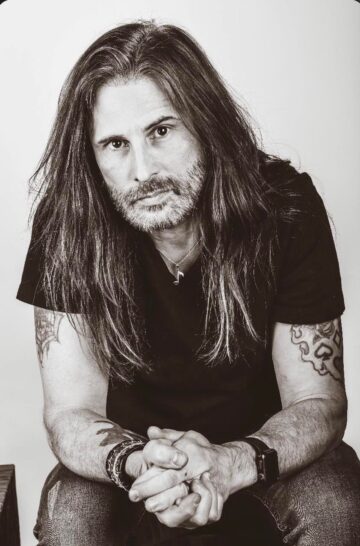 Tassart indicated: “I saw the Skids 7 times with Bas and he never nailed his studio vocals live. Erik kills it. When I auditioned after Harnell this was one of the songs I videotaped singing with their track. I couldn’t hold a candle to this guy. They finally got the guy and happy for them. Kick Ass guys!”

“…I eventually got beat out by ZP. I was in communication with the band for over three weeks going back and forth. They made the right choice for the time.”

Speaking exclusively to Sleaze Roxx, Tassart provided some additional information about his audition with Skid Row. “In 2015, I was singing with the three original BulletBoys and because Marq [Torien] owned the name, we called ourselves Lies, Deceit & Treachery. I remember that I was at work and my phone started blowing up. The first call was from Lonny Paul from Adler, then immediately after it was Tony Higbee from the Tom Keifer band. Tony and I are from the same area in Illinois and have known each other for years. They both told me that I was the guy to do it. Tony told me that he had contacted a couple of the guys and recommended me. I don’t know if it’s still the case but at that time, drummer Rob Hammersmith was the point guy. I spoke to him regarding what he needed from me, etc. I don’t remember if he sent me vocal-less tracks or I used karaoke tracks but I videotaped myself singing “18 And Life” and “Youth Gone Wild” at first and sent them off to Rob. We talked all through the process and he told me that the guys liked what they saw and would like to see me do a couple more so I did and sent them off.

In our conversations, I expressed that I have a really good paying day job and could do fly out gigs but as far as “touring”, I would have to leave my job and I couldn’t do that at the time. He assured me that at the moment, the gigs were sporadic but they were looking to ramp up once a singer was in place. I’m pretty sure that was my nail in the coffin but I felt I owed it to him to be honest. I have a mortgage and a family to take care of. After that conversation, I spoke to Rob a few more times. The first couple 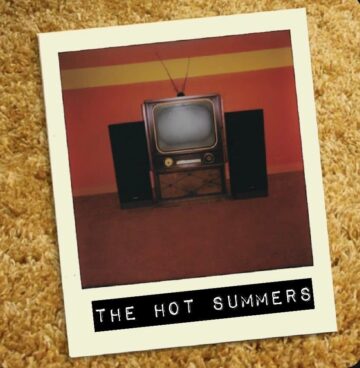 were me asking if they had decided and he would say that they hadn’t yet. Then maybe a week later, I read on Metal Sludge I think, that Skid Row had a new singer [called] ZP Theart. I honestly was relieved and disappointed at the same time. I called Rob and he told me that ZP and the guys have a previous relationship and that it just seemed to make sense rather than bringing a new guy in and also being that my day job limited my availability, they went in another direction. Rob is a really nice guy and was great through the whole process. I never spoke to the other guys. All I know is that the Skid Row catalog is tough. Sebastian [Bach] was a phenomenal singer and to be truthful, I probably wasn’t the guy they needed. I will say that all of the videos I have seen from lately with Erik [Grönwall], all I can say is ‘Wow’! That kid is the real deal and effortlessly sings his way through those songs. I’m happy that the Skids found the right guy for the job. If they can’t get a reunion going, this is the next best thing.”

Tassart and ex-BulletBoys guitarist Mick Sweda play together in The Hot Summers and will be releasing a new record in the near future and making their live debut at the upcoming Monsters On The Mountain, which will take place at the Gatlinburg Convention Centre in Gatlinburg, Tennessee, USA from August 19 to 21, 2022. 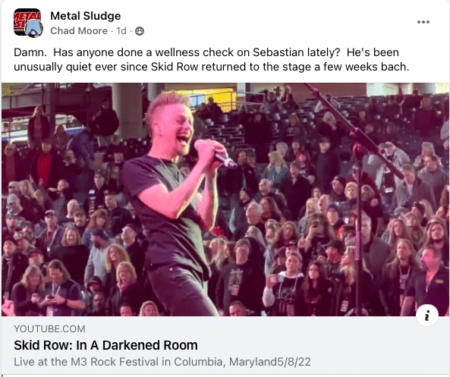 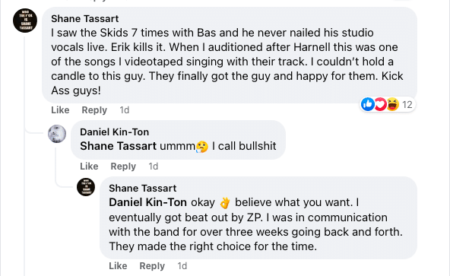