Swedish rockers Sister‘s frontman Jamie Anderson was recently interviewed by The Black Siren and spoke about the origins of the band’s name and whether there is a link to Blackie Lawless‘ pre-W.A.S.P. band named Sister. 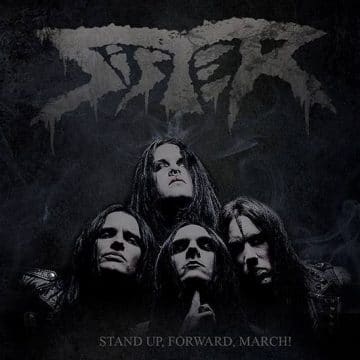 asked Anderson whether his band’s name Sister was an homage to Lawless‘ band Sister from back in 1977. Anderson responded as follows: “I get this question a thousand times. When we play, people ask us when they do interviews backstage stuff like that. It happens a lot of times, but don’t worry I can answer the question…

Yeah we knew there was a band called Sister with Blackie Lawless, of course, back in the days when the internet wasn’t that big, it was hard because people didn’t know about Sister back then, except maybe some hardcore W.A.S.P fans or Motley Crue fans. But, I remember our band was called Sticky Sister or something like that. And then we just stuck to Sister.

Of course, you can call it a tribute if you want because we are big W.A.S.P. fans and Motley Crue fans, as well. But, it’s not like we, “hey you know that another Sister existed like back in the – “ no it wasn’t like that.”

You can read the rest of the interview at The Black Siren.

Sister have just released a new single entitled “Unbeliever” from their new upcoming album Stand Up, Forward, March!, which will be released on November 25, 2016.

The band is also set to embark on a European tour from November 29 to December 17, 2016 and that will see the group play 15 shows in eight different countries.