It looks like Sister Sin will be performing as a five-piece band this summer as the Swedish rockers consisting of lead vocalist Liv Jagrell, guitarist Jimmy Hitula, drummer Dave Sundberg and bassist Strandh announced earlier today that Fredrik Jordanius will be joining them on rhythm guitar during this summer. 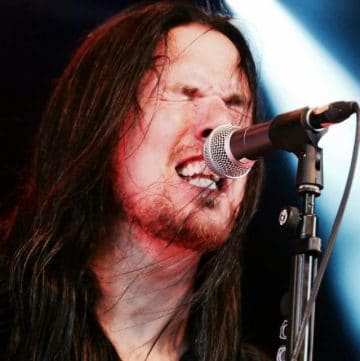 “Say hello to our little friend; Fredrik Jordanius who will join in on rhythm guitar this summer!

Beside a sight for sore eyes he’s here to “ensure an enhanced listening experience” comments the young & complex guitar virtuoso.

Sister Sin disbanded back in November 2015 but announced back on December 23, 2019 that they were reforming to play some festivals during the summer of 2020.

In an interview with Sleaze Roxx back in December 2019, Sundberg explained what led to Sister Sin reforming as he stated: “About a year ago, me and Jimmy took over distribution, via Universal, for ‘Switchblade Serenades’ and ‘True Sound of The Underground’ and with that we got a lot of insight [on] sales, streams and what not. Stats we’ve hadn’t had insight on before. Anyways,  I was frankly put off guard how well they were doing, still. Everything is relevant of course but I was really surprised by the stats. Me and Jimmy were chatting back and forth from off that and basically came to the conclusion that it would be a shame to not savour this, one last time at least. Shit fades fast you know and stats don’t last forever.

So we all decided to meet up a few months ago and talk it over. Me, Jimmy and Strandh have been seeing each other every now and then, jamming or drinking beer, but this was the first time we all sat down together since the demise. We chatted back and forth, and decided to check in with our former booking agent to see if this could fly. It felt good. Grounded. Exciting! So here we are.”