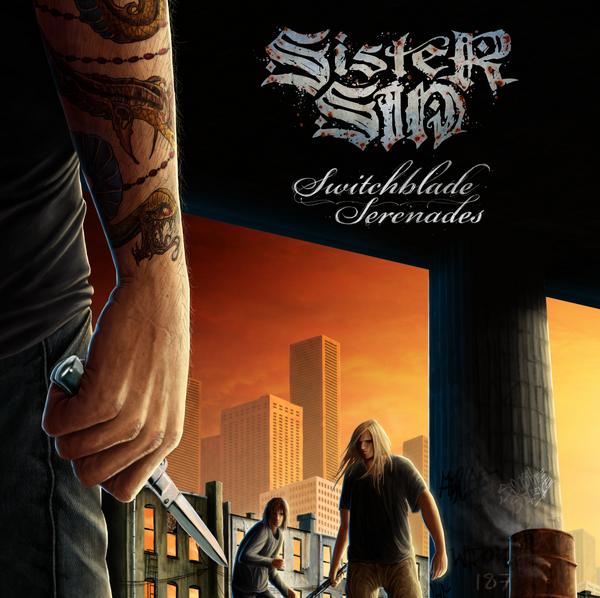 Sister Sin has updated their website with the following message:

The Monsters Of Rock Festival is cancelled due to technical problems, nothing we could do… The upside is we’ll have a release party instead on the 26th of September in Gothenburg.

We won’t be playing live but you will be able to buy the album, see videos, listen to REAL rock music and drink the place dry! Location & more info will be announced soon!

We had a blast last weekend in Stockholm recording the video for “On Parole”. Director Bill Schacht is a genius and we want to thank the crew and actors who did an amazing job!!! Cheers!

We’re off to Stockholm again in August to record our second video from the album. This time it’s a track called “One Out of Ten” and Eric from Hammerstream Films will be directing.

Oh, and a another release party in Germany, Hamburg on the 4th of October!

Victory Records is proud to bring you Sister Sin’s NEW ALBUM ‘Switchblade Serenades’. IN STORES OCT. 14, 2008! A short commercial for the album can be viewed below.