Great news from Sister Sin’s frontwoman Liv Jagrell. The powerhouse female singer has announced that she will be launching her solo career as Liv Sin.

Earlier today, Jagrell posted the following message on her Facebook page entitled Liv Sin (with slight edits): “So guys, here is some news for you, im not leaving you smile ;-). I have a management who belives in me, musicians that im making songs with and now I just have to find a label to support me. Stay tuned and have patience! ( That goes for me too haha)” 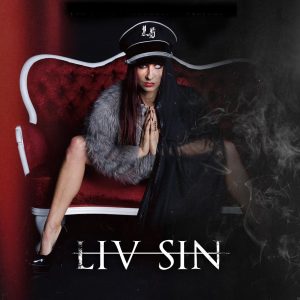 “From the gutters of south Sweden, Liv “Sin” Jagrell emerged as a major force as the vocalist for hard rockers Sister Sin. Throughout their 13 year career, Sister Sin sold thousands of albums and toured the world with high profile tours supporting the likes of Slayer and King Diamond on the Rockstar Mayhem festival tour, as well as being a part of the Revolver Magazine ”Hottest Chicks in Metal” tour. Sister Sin toured relentlessly for over a decade across Europe and North America garnering an intensely loyal following of rockers that craved the band’s aggressive and melodic brand of hard rock.

When Sister Sin called it quits at the end of 2015, Liv knew that she had much more to give to her fans. From this, LIV SIN was born. Liv is currently working on a new music that shows the power, sexiness, and attitude that she is known for. Liv says ”for me it has never been an option to stop singing. I live for the stage and for my fans. I still miss Sister Sin, but I am very excited to work on my own project, and I can promise it will not be some soft pop rock. This is going to be metal deluxe, because that’s who I am!” LIV SIN offers a modernized hard rock sound to take Liv into her next phase, a sound that is destined to please both new fans and her longtime fans of Sister Sin.

More details about LIV SIN can be found at http://liv-sin.com/ and www.facebook.com/livsinmusic…”