Australian sleaze rockers Sister Switchblade consisting of lead vocalist Andy Smith, guitarist Dylan Galant, bassist Browny and drummer Adam were recently interviewed by Australia’s May The Rock Be With You. 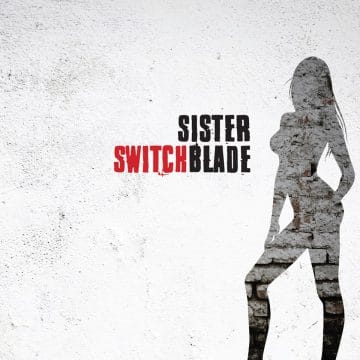 In terms of where the band is at, Andy stated: “Right now we are in full writing/pre-production mode for the new album. We’ve been considering some mini-festival shows before the end of summer and I would say we will do at least one to try out the new material. A typical live Sister Switchblade gig is pretty much no-frills rock. Just a loose, fun, high energy show. No real bells and whistles, just 4 experienced rockers going hard.”

With respect to how difficult it was putting together a debut album to introduce the world to a new band like Sister Switchblade, Andy advised: “I had a lot more freedom with BSC and wanted to show a little diversity with this album. I made a conscious decision to add a couple of songs that would not have been included on an album by my previous band. Overall the album has been well received from rock magazines and online sites around the world however many have made comments that they would’ve preferred a straight-out rock album. I still stand by the slower songs but for the new album there will be no ballads.”

Sleaze Roxx stated the following in its review of Sister Switchblade‘s debut album Best Served Cold: “If you put aside the three ballads, Sister Switchblade‘s Best Served Cold is a phenomenal record. Smith excels at delivering the heavier mid-tempo rockers and his raspy voice fits those songs quite nicely. Great guitar riffs, some nice melodies, a good and timely use of background vocals and at times, some really cool guitar solos highlight each of the non-ballad tracks. My favorite songs on Best Served Cold are “Downtown” which probably has the best melodies of any of the tracks on the album and “Ground Zero” with its great opening guitar riff.”

Back To Babylon launch promo

Back To Babylon by Sister Switchblade. From the album ‘Best Served Cold’ available for download at cdbaby.com or contact sisterswitchblade@outlook.comOfficia…