Australian sleaze rockers Sister Switchblade consisting of frontman Andy Smith have unveiled a lyric video for their new single “Comatose” in advance of the release of their upcoming third studio album. You can download the new single for free from Sister Switchblade‘s Bandcamp page. 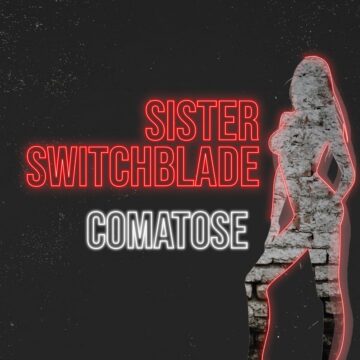 “Australian rockers Sister Switchblade unveil new single and lyric video ‘Comatose’ as a free download for fans worldwide. “Comatose has been hanging around for a while now. We thought it would be nice to give something to our fans to tie them over until our new album is finished. It’s been put on the backburner while we worked on various other projects. So in the meantime this is a ‘thank you’ for the support and patience,” said Andy Smith, vocalist/guitarist.

Sister Switchblade currently have two albums available for download and streaming on all digital platforms. Best Served Cold (2017) and Tales And Taboos (2019) have both received positive reviews from the world’s hard rock press. The band are currently in pre-production for their third studio album, “The new tunes are sounding great. Really ‘riffy’ with a big grooves. Personally, I have been listening to a lot of old Aerosmith so the new stuff definitely has that kind of vibe. There’s a lot of very cool stuff to choose from” Smith continues.