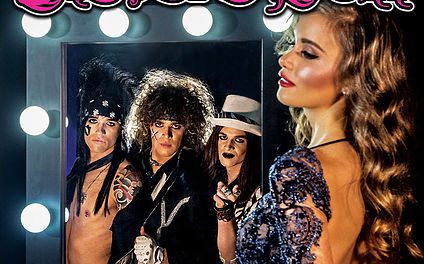 Australian glam rockers Sisters Doll will be the back up band for the one and only former KISS drummer Peter Criss during the latter’s apparent last live show in the USA. Criss is scheduled to play the Cutting Room in New York City, New York, USA on June 17th.

Sisters Doll will also be the backing band for Criss‘ other final show scheduled in Australia on May 12, 2017. 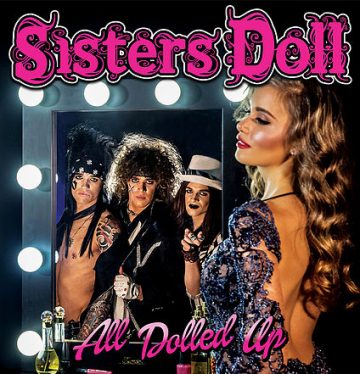 “Who agrees we should get “All Dolled Up” and walk through New York City like KISS did in 1976?
We honestly can’t wait… This trip is going to be insane being the backing band for Peter Criss !
Less than 2 months away and we’ll be there…!!!”

The following press release can be found on Criss‘ website:

‘Legendary founding member and original iconic Catman of KISS – Peter Criss is performing his last live show in the USA!!!

He is performing this show for all his fans who have been asking him since his departure of his fellow founders for one more time so here ya go.

The show is a dinner performance and rock n’ roll all night after party event. It all takes place on June 17th, 2017 at the Cutting Room in NYC at 7:00pm with Sisters Doll as his backing band. Alex Salzman will be his musical director and keyboard player with Erik Rudic from the band “The Cold Seas” on lead guitar.

Peter is very excited and is bowing out his way.

So come see the Catman one last time!!

Tickets are available at www.thecuttingroomnyc.com”

Sleaze Roxx stated the following in its review of Sisters Doll‘s new studio album All Dolled Up: “Sisters Doll tread a safe ground musically (not necessarily a bad thing) so this is not dangerous “street” glam, although lyrically, they are a bit suggestive, at times. Like I mentioned above, some songs sound very Firehouse like, with the prime candidates being “Johnny,” “Together As One” and “Young, Wild & Free” with its voicing and the guitar leads being thrown around the song. Others are straight from the Tigertailz school of thought such as “Strutt,” “Old Enough” and even the obligatory ballad “Hurricane” which is a cross between the two bands. A great, clean production makes all songs heard and a fun listen.”