The sixth edition of the much publicized Rock N Skull Festival will still be taking place at Persies in Creve Coeur, Illinois, USA from October 26 to 28, 2018 but with a different line-up than originally advertised and some budget cuts due to lower than expected ticket sales.

The line-up apparently still boasts artists and bands such as Pretty Boy Floyd, Vixen frontwoman Janet Gardner, Punky Meadows and Frank Dimino of Angel, and Roxy Blue but has lost for a number of different reasons the likes of Crashdïet, Heaven’s Edge and former Accept frontman David Reece.

The following message was posted on the Facebook page of Rock N Skull 18 Presented By Persie’s earlier today: 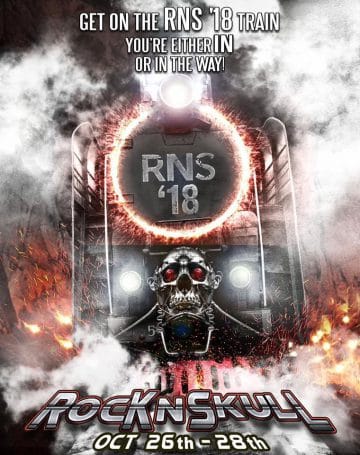 “A Little Rock N Skull update, let you know where things are and to clear the air. In March, the former promoter had a meeting with Bob and myself and said he was done and was gonna cancel the show. Bob and I spoke and Bob thought for the fans sake and for the whole tradition of the event we could make this work. I didn’t know one band name on the bill (I’m 27 years old and though I enjoy these bands now I was not familiar with them) but was told about the family atmosphere and the closeness of the group that it was worth to keep it going. Looking back, I should have just started a new show and changed the name. I truly wasn’t fully aware of the public damage or the rep this brand or the former promoter name has.

Here we are a month out, the show will still be happening but we have sold less then a 100 tickets per day.

Bob Long has been a champion for this scene and worked his ass off but some hills truly are to steep to climb. For the record, the former promoter helps when we ask but he doesn’t show any effort or do I believe does he really care about this show so Bob and I had to undertake most all of this alone….

For this show to happen, we have to cut some of the budget like any business would in this situation.

For the record and to be clear, some of the changes had no part in mine or Bob, some was just life on the part of the bands.

CrashDiet cancelled there whole tour, L.A. Cobra lost a sponsor and could not afford coming. Reece had his plane ticket purchased just the times of flight returning just wasn’t going to work out, Heaven’s Edge, MASS, Romeo Riot, and Bombay Black each had band members that had health reasons for not coming.

I’ll take blame when I’m to blame but some of this is just “life”. Promoting a show, a year in advance is a crazy way to run a business and if I was in control from the start I would never have done it that way.

Again I apologize and if you come out, Bob and I will make sure you have a great weekend !!!! 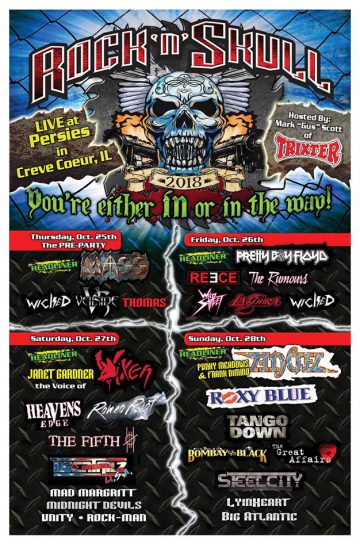