Brazilian rockers Sixty-Nine Crash have announced that they are in the midst of recording their new studio album. 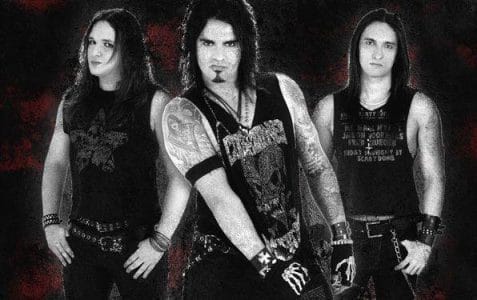 The following message was posted on Sixty-Nine Crash‘s Facebook page back on April 30, 2017:

“Hello everyone! Just passing by for a quick update. The recordings of our new album are in full motion right now. I just cant wait to get it done. We have already 6 songs ready to fly right now and you wont believe how they sound! Hope to have you all aboard with us.
Jay“

Back in early 2016, Sixty-Nine Crash frontman Jay B. Roxx spoke to Sleaze Roxx about the group’s plans for 2016 and stated: “Right now we’re planning more shows here in Rio and maybe Sao Paulo as well and probably in a few weeks, we’ll start writing new songs for the next album, because new ideas for songs are floating around our heads. This time, I think we’ll work on the new material more as a collaborative effort, since I wrote all the songs on Louder!“