Iowa, USA based rockers Skarlett Roxx will be continuing their musical adventure with half of their current line-up as lead guitarist Kaiden Smith and drummer Ash Lee have left the band leaving lead vocalist / bassist Lizzy Jax, rhythm guitarist / lead vocalist Deuce Mac as the lone remaining band members. Jax and Mac are currently searching for a new lead guitarist and drummer. 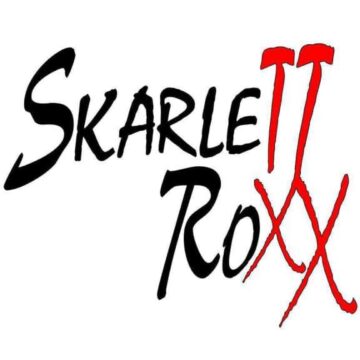 “Hey all, it’s with a heavy heart and deep consideration that we have decided to move on from the current lineup of Skarlett Roxx and continue in a different direction.

Deuce and Jaxx are currently trying out drummers and guitarists to join and will proceed in the best interest of the band and what it best needs to progress.

We’d like to thank Kaiden Smith & Ashton Harvey for their awesome contributions to the band over the last couple years and we have no doubt that they will continue to kick ass outside of Skarlett Roxx.

The decision strictly came down to creative differences, and there is no bad blood whatsoever between any of the guys. We’d also like to thank all the fans, friends, & family that have supported us & continue to do so. Nothing would be possible without your continued support. We’re currently on track to finish our debut album and proceed in the best way possible as a band.

That being said, try outs are officially open for the lead guitarist & drummer position. If you’re somebody looking for a band, or know somebody that would like to step in, let us know in the comments below, or hit us up on any of our social media accounts @skarlettroxx

Thank you guys for your support, and we look forward to seeing you all on a stage near you, soon.