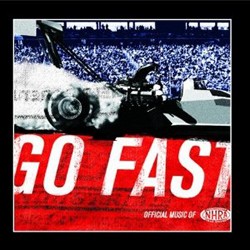 Skid Row Back On The Fast Track With New NHRA Song

Skid Row and Sevendust’s Lajon Witherspoon have teamed with the NHRA to help supercharge its debut music compilation, “Go Fast: The Official Music of the NHRA.”

The lifelong racing fans demonstrate their passion for the sport by contributing tracks to the ten-song album, which is now available at NHRA.com, iTunes and Amazon. Skid Row penned “Light the Fires, Let’s Go” for the project, while Witherspoon did likewise with “Ready To Go.” Skid Row’s Rachel Bolan, who is an avid NHRA fan, said writing and performing the song brought back great memories.

“Loud motors and loud guitars are the perfect match,” Bolan said. “We are a band made up of race fans. The sport of racing and rock and roll are very similar. We both travel town to town to bring power and excitement to hardcore fans. I used to go to Englishtown Raceway Park as a kid with my brother. We would watch all the greats, Kalitta, Amato, Big Daddy and the excitement was mind blowing! So with that in mind I came up with the idea by putting myself in the drivers’ mind. What it must be like to feel that much power in that short of time.”

The compilation, which celebrates sights, sounds, culture and lifestyle of the NHRA and its followers, also includes the track, “Grab the Wheel,” by the Chicago-based band The Fold.

“We wanted to give our fans another way to connect with and celebrate the NHRA brand,” said Gary Darcy, senior vice president of sales and marketing, NHRA. “The album represents a great compilation of well-crafted songs that are representative of our sport. We’re excited to release this to our fans and further integrate it into the racing experience, whether you’re at the track or watching the telecast.”

In addition to streaming the music at NHRA events, the songs will be used during ESPN2’s race coverage and can be heard on NHRA’s home page and social media sites.

The music was developed in partnership with Banshee Music, an innovative music publisher specializing in custom-branded music.

“I think that having race songs written by someone that has a passion for racing is imperative,” Bolan said. “It’s more genuine, like drag racing itself.”