Skid Row have broken their silence in terms of their latest singer Tony Harnell‘s departure by posting the following message on their Facebook page: 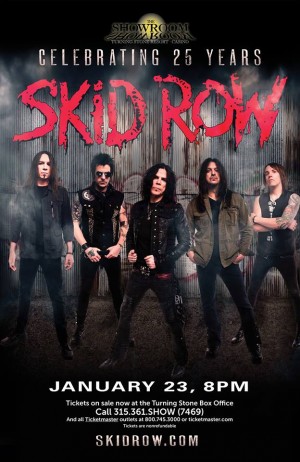 “To the SKID ROW faithful,

As you may know, Tony Harnell quit the band yesterday. We found out about his decision the same way all of you did, via his post on social media. He had posted that he was no longer in the band before informing the band personally.

The last we spoke with Tony was on Dec 17th. He was in the hospital being treated for “bronchitis with asthmatic symptoms”. We were all very concerned and offered any assistance we could to help him get healthy. Due to his condition we were forced to cancel our show in Chicago on Dec. 19th. The next time we heard anything was his post yesterday.

That being said, we are all moving forward and wish Tony the best in his future endeavors.

Lastly, amidst all of the rumors and speculation, there has been no talk of a reunion nor are we opening for Guns N Roses.

That’s it for now. We’ll keep you updated as best we can.

Thanks for your support and understanding. See you in 2016!”

About an hour later, Harnell backtracked from his prior comment that he had been “ignored and disrespected” by Skid Row by posting the following message on one of his Facebook pages:

“I owe the fans and band an apology for the Facebook comment I made last night, about being disrespected – well I didn’t exactly show an example of respect, and I truly apologize. I let my emotions get the best of me. Again, thank you all for all the good we had, let’s celebrate that part of it all.”

This follows an earlier retraction by Harnell who initially posted a short message on one of his Facebook pages stating that he had left Skid Row only to delete the message shortly after.

The downside of course to Skid Row‘s message is that the sleaze rockers state that there has been no talk of a reunion presumably with their most famous frontman Sebastian Bach rejoining the band and the group is not opening for Guns N’ Roses. That being said, if Skid Row‘s message is true that they were first informed by Harnell via social media that he was leaving the band, the remaining Skid Row band members may not have had time to think about and asking Bach to rejoining the group and any conversations relating to Skid Row opening for Guns N’ Roses would likely be between good friends Bach and Axl Rose in any event.