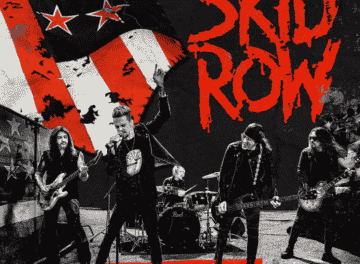 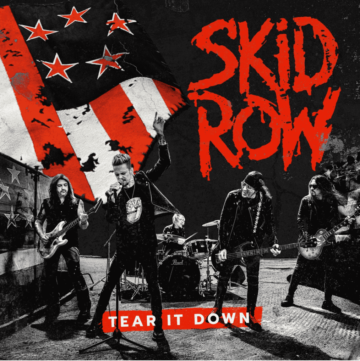 Skid Row consisting of new lead vocalist Erik Grönwall, bassist Rachel Bolan, guitarists Dave “Snake” Sabo and Scotti Hill, and drummer Rob Hammersmith, have unveiled the second new song from their upcoming studio album The Gang’s All Here, which will be available via earMusic on October 14, 2022 and is available to be pre-ordered. After the release of the title track, Skid Row have now dropped the single “Tear It Down.”

Sleaze Roxx stated the following in its review of Skid Row‘s last EP: “Rise Of The Damnation Army is a damn fine release, and makes me wonder what the band was thinking during their first two underwhelming albums with Solinger. This is how Skid Row post-Bach should have always sounded — mean, nasty and annoyed. The production of the EP gives it a very heavy and live feel, which may not be clean enough for some listeners but seems to match the intensity of the music being provided. Sebastian Bach may be sitting around wondering why fans didn’t flock in droves to purchase his latest solo effort, but what he should really be contemplating is how he can recapture the Skid Row magic as well as Rise Of The Damnation Army does.”

Skid Row‘s “Tear It Down” single: