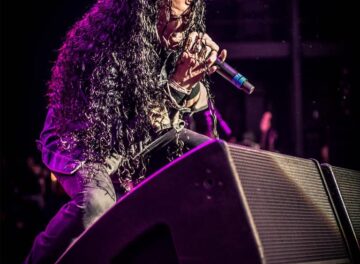 Skid Row consisting of bassist Rachel Bolan, guitarists Dave “Snake” Sabo and Scotti Hill, drummer Rob Hammersmith, and new lead vocalist Erik Grönwall will be releasing their new studio album The Gang’s All Here via earMusic on October 14, 2022. Back in late March 2022, it was announced that Grönwall was the new singer for the band. This also meant that Skid Row had parted ways with lead vocalist ZP Theart who had been with the group since early 2016. 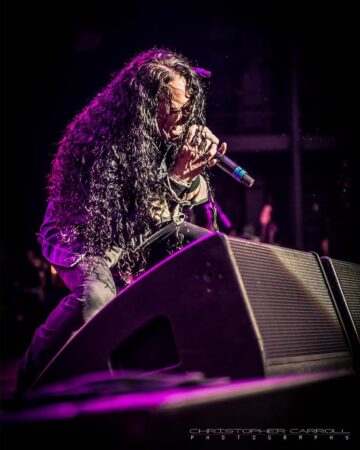 Sabo was recently interviewed by Jimmy Kay and Alan Dixon for Canada’s The Metal Voice and he spoke about the Skid Row band member change from Theart to Grönwall.

With respect to the journey of making the new Skid Row record, Sabo indicated (with slight edits): “It’s been quite the ride getting to this point  we’ve gone through so many different obstacles and potholes in the road to get to where we were able to make and finish this record in the way that we ultimately wanted it to be. You know any band that finishes a record that they’ve taken a long time to create and produce, they’re gonna sit there and say it’s the most amazing thing they’ve ever done and you’re never going to hear anybody go and ‘Yeah, it’s okay but we could have done better.’ For us, this is the record that we had envisioned in our head when we when we first started working on it and it took a long time to get there. A lot of rewrites and a lot of soul searching and navigating through as everyone had to do through the pandemic and how that all played into the formation of this record.

Then having to make a really difficult decision to get (new singer) Erik Grönwall in the band and that decision wasn’t difficult from a standpoint of his talent because that absolutely speaks for itself. It was just that we had gotten to a crossroads where we were done with most of the record. I think we had maybe three or four vocal tracks on the record but most of the music was done if not all and we just realized that we needed to make a change and it was a harsh realization. There were no arguments or anything like that with ZP (with former singer ZP Theart), there was no animosity. I think that it was we both and I mean ZP  and myself Rachel, Scotty and Rob over here we kind of just knew that we were all we were just the two sides were going in separate directions.”

In terms of how difficult it was to part ways with Theart, Sabo stated: “It was hard to part ways because he’s a really good guy (ZP) he’s really like a nice guy. I had a lot of fun with him and a great singer but it’s just we were going in two different directions and it was inevitable. We were recording the record like I said and we just felt like ‘If we’re gonna make a change, we have to do it now.’ It was not the most opportune time to make a change being that we were in the middle of this record and we had this Scorpions‘ residency coming up in Las Vegas so it was really difficult. We only had one person in mind and it was Erik and so when we made and informed ZP we’re going to go all our separate ways. I think everyone was well aware that we were traveling in opposite directions or different directions. I think it was everything, I think as musicians, as artists, as people we’re just starting to go down two different paths and like I said there was no blowout argument or anything like that there was no nothing that anybody did that was you know like salacious or or or disrespectful nothing like that.”

You can read other excerpts from the interview with Dave “Snake” Sabo at The Metal Voice‘s website and/or listen to the interview below: