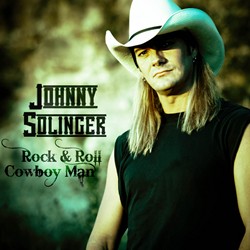 “Rock & Roll Cowboy Man” was written by Grammy winning member of The Kentucky Headhunters Richard Young with John Fred Young and Jon Lawhon of Black Stone Cherry. “Very proud to have such artists in my corner, as I am a huge fan of both bands,” states Solinger. “This new solo record was recorded while The Skids were on Holiday Break, a labor of love for the genre of Rockin’ Country music for all of my C&W friends.”

Meanwhile Skid Row have signed a deal for North America with famed metal label Megaforce Records for a new EP entitled ‘United World Rebellion – Chapter One’, scheduled for an April 16th release in North America with an international release date to be announced shortly.

Recently, guitarist Snake Sabo stated, “We’ve known the Megaforce family and their various incarnations since 1982. Their history and legacy speaks for itself. We always thought, that at some point, we would work together and this turned out to be the perfect time and vehicle for us to finally do it. They have a sincere belief in what we’re doing and what our vision is which is really rare today. Needless to say, this is a very exciting time for us!”

Bassist Rachel Bolan explained, “We wanted to do something different. Living in an age of information overload it seemed like the perfect time to try something new. We came up with the idea to release three consecutive EP’s over the course of the next year or so. This way we have new music out there on a consistent basis. And who better to do that with than Megaforce? They practically invented the EP! United World Rebellion – Chapter One ROCKS!”

To coincide with the release, the band (Sabo, Bolan, vocalist Johnny Solinger, guitarist Scotti Hill and drummer Rob Hammersmith) will embark on a world tour beginning April 4th in Ipswitch, England. This will carry them through the UK along with stops in the Czech Republic, Sweden, Mexico and Korea just to name a few. In the coming months this will be followed by a full-on North American tour.

For more info on Skid Row and to hear samples from ‘United World Rebellion – Chapter One’ visit the ‘multimedia’ section at www.skidrow.com.