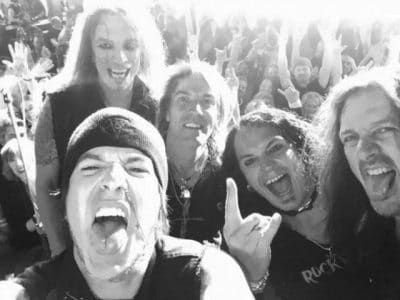 Back on February 13, 2016, Sleaze Roxx unveiled that Skid Row‘s new singer was former Dragonforce and current Tank and I Am I singer ZP Theart. Although Theart has been singing for Skid Row ever since, the group has yet to formally announce the South African singer as its new lead vocalist. Rather, Theart continues to be listed as a “special guest vocalist” on Skid Row‘s Facebook page. That status appears to perhaps be changing since Skid Row are apparently writing and recording demos with Theart handling the lead vocals. 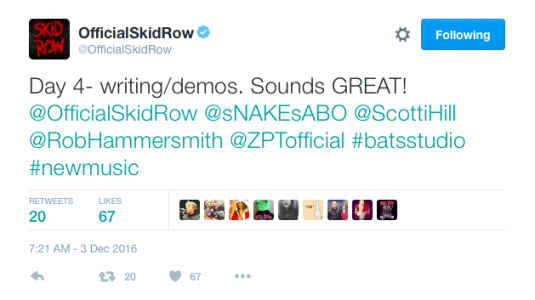 In other news, Sebastian Bach has apparently told Eddie Trunk as per Blabbermouth that his manager has been talking with Skid Row‘s manager about a possible classic line-up Skid Row reunion. Bach who has publicly expressed his desire to be part of a classic line-up Skid Row reunion had indicated in the past that his manager Rick Sales is in charge of negotiating any reunion. Apparently, things are moving slowly in that regard since Bach‘s interview in that regard dates back to March 2016.