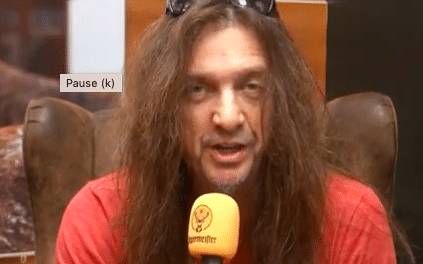 Skid Row co-founder and guitarist Dave “Snake” Sabo was recently interviewed by Finland’s Kaaos TV and he spoke about the recording of the band’s new studio album with new lead vocalist ZP Theart. 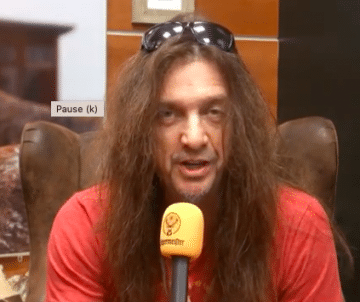 Sabo advised (as transcribed by Sleaze Roxx): “But I think that working with, working with Golden Robot [Records], with Derek [Shulman] and this gentleman Mark [Alexander-Erber] who is the owner of the company, their vision is very much in sync with what we want to do as well so our — the spirit is there and the soul is there so let’s hope that we can get it out there to as many people as possible and it’s up to them you know? If they buy it, great! If they don’t like it, then, then there’s nothing that we can do. All we can do is put forth our best work and that’s what we are doing and we are just about done with the record.”

Sabo added: “We’ve been recording in Nashville with Michael Wagener. He’s such a phenomenal person. He’s, he’s a family member. He’s great and he’s one of us. And he has an incredible ability to bring the very, very best out of us. I don’t know how he works with other bands, but with our band, he’s always managed to bring the very best out of us.” Sabo continued: “Yeah. He’s so much fun to work with, and it’s always a great learning experience. It’s not to say that every day is you know sunshine and smiley faces. We go at it every once in a while… Because if everybody’s goal is the same where you know, we’re here to make the best record possible. Then, how we get there is not as important as getting there.”