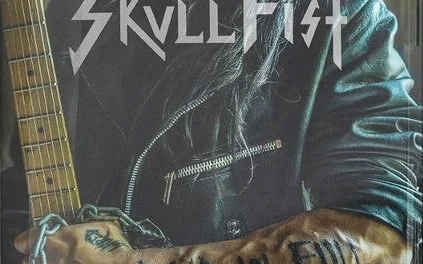 Canadian heavy metal rockers Skull Fist featuring frontman Zach Slaughter have released a video for their new single “Long Live The Fist” from their upcoming new album Paid In Full, which will be available via Atomic Fire Records on April 22, 2022. 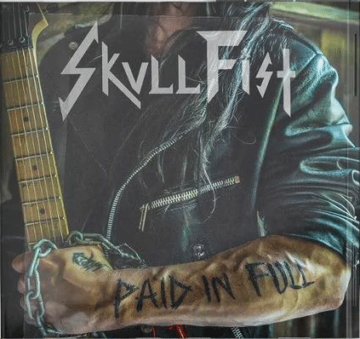 The following message was posted on Skull Fist‘s Facebook page on February 18, 2022:

Check out the full video on YouTube or those streaming sites

Track from the new record “Paid in Full” which is out April 22nd worldwide.

You can also order VINYL / BOX SET / CDS from the Atomic Fire website at https://www.atomicfire-records.com/products

And massive thanks to Matt from Bleeding Heart Productions for doing a gnarly video during a snow storm!

It’s weird as balls releasing one track for a new album, you’ll hear this and assume what the rest of the album sounds like. This track has that sort of formula we’ve done on previous records, some speed metal, some heavy metal, some hard rock and some caveman riffs. I think you guys will find the record to be just slightly heavier than previous ones. But we’re obviously biased! Stoked on seeing how you nutters feel about it all!

Share it if you can! The Fist is awesomely broke at the moment so buy a Vinyl or CD for your mom and dad too, they’ll just appreciate that you bought them anything.”