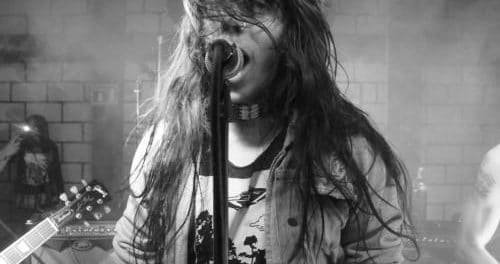 Canadian heavy metal rockers Skull Fist have released a video for their track “Don’t Cross Me” from their new studio album Way Of The Road. 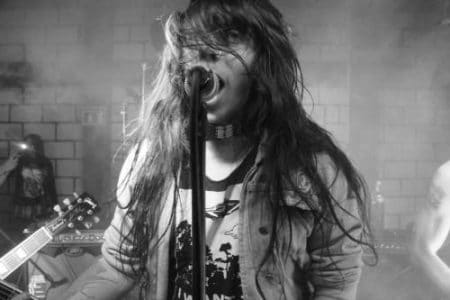 Skull Fist frontman Zach Slaughter was interviewed by The Metal Wanderlust in November 2018 and asked what other Canadian heavy metal bands that people should check out.

Slaughter replied (with slight edits): “Striker obviously. Cauldron — they have such a unique sound. They are probably my favourite in all of this new shazam stuff. Midnight Malice was great. Black moor, Villain, uhhhh man, I don’t know [laughs]. Triumph is great. The Guess Who, Neil Young, Prism, April Wine, BTO. Check out BTO‘s “Let It Ride“, random song check.”

With respect to Skull Fist‘s new album Way Of The Road getting released on vinyl as well as on CD, Slaughter advised: “Vinyl of course has a nicer sound. For me, I like to listen to music in headphones with my eyes closed though [laughs]. It’s cool to see those big ol’ cup holders are still around though? I’ve never been a cassette guy although I should be. My car still has a cassette deck [laughs]. It’s nice though, everyone has some sort of niche on how they like to listen to music and the different formats just gives people more choices on how to find their happy place when cranking tunes.”

You can read the rest of the interview with Zach Slaughter at The Metal Wanderlust.

BUFF JESUS HAS RETURNED WITH A VENGEANCE!BUFF JESUSBUFF WHO??!BUFF JESUS!! THATS WHO!!The budget for this video was $10,000. We are a very high class band th…