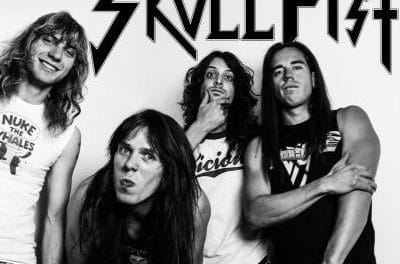 Canadian heavy metal rockers Skull Fist have released a video for their song “Better Late Than Never” from their new studio album Way Of The Road. 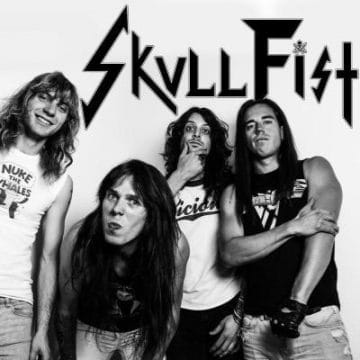 Slaughter advised: “I don’t think it’s ever intentional at this point. I just like making music man, the album is just a collection of songs that I’ve written you know? I’m not trying to show anyone anything or be something with this record. I feel like this one is just kind of a more honest approach to how we write, record and present it all. It’s nice to do things like this, to have more of a real sound and etc. I try not to think about it very much though, I find when I start explaining myself I end up just talking in circles ha ha not much thought was put into this album, just did everything entirely based on gut feelings.”

In terms of the recording process for the new album, Slaughter indicated: “I pulled back as far as possible. I’ve always sounded like a dead cat and we’ve tried to mask that in the past. This time around I just wanted to see what it was like just letting this crap voice out in its natural way hahaha Ditched most of the reverb and delays. natural drums, I don’t know man. I guess at this point in my life I realized that I don’t want to be anything in particular, I just want to go with my gut.”

You can read the rest of the interview with Zach Slaughter at The Metal Wanderlust.