Swedish hard rockers Skull Parade have released their first single “Awaken The Masses” which is their first release via their new record label Rexius Records. 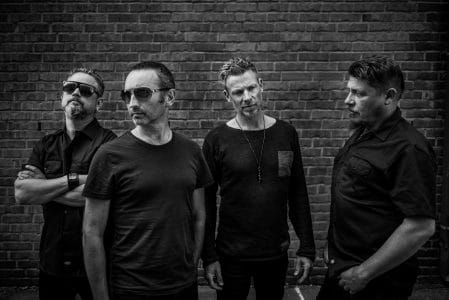 Skull Parade‘s biography on their website states in part (with slight edits): “Skull Parade was formed by Magnus Högdahl and Magnus Lind in early 2009 after the disbandment of ”Street Stones” where both were members. Shortly after this they regrouped to form a new band with drummer Bob Warneflo and Erik Anell, a former bandmate of Magnus Lind from the band ”Ichabod Crane”. Skull Parade was the result of these four unique musicians combining their musical experiences and from day one the band began writing original music. Blending their influences of rock’n’roll, metal, pop, grunge, punk and and many other styles Skull Parade quickly created a raw sound of their own, they defined as ”Street”!! In November 2010, Bob Warneflo was replaced by Jens Ericson who stayed in Skull Parade until November 2014. Skull Parade released an EP, three singles and a full length album during this period. In February 2015, Stefan was recruited behind the drums and production of a new album with a new energy commenced later that year…”