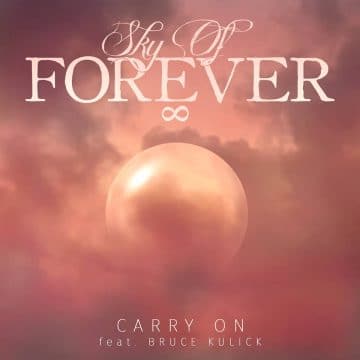 “We wanted to get to the heart of the song when thinking about the possible guest artist. We were rotating some names of the best rock guitarists and finally decided to contact Bruce’s management. Bruce liked the song and decided to jump in.”
– Lauri Hannola, singer-songwriter of Sky Of Forever

Sky Of Forever are a Finnish melodic hard rock group featuring musicians from Stratovarius, Tracedawn and Helsinki City Theatre. Their debut album will be released via Mighty Music / Target Group on 14.10.2016.

“Carry On” is taken from the self titled about Sky Of Forever released on the 14th of October world wide through Mighty Music. Download/stream the single here: https://Target.lnk.to/CarryonFa http://www.skyofforever.com/ www.mightymusic.dk About “Carry On”: “Carry On” is an uplifting and soulful tune with some 1980’s feeling to it.