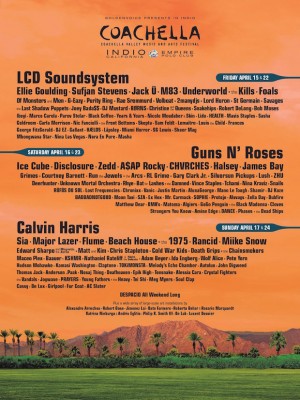 In the last hour, Slash has just posted a message on his Facebook account sort of “confirming” that Guns N’ Roses will be reuniting to play the Coachella Music And Arts Festival, which will will take place over two weekends on April 15-17, 2016 and April 22-24, 2016 at the Empire Polo Club in Indio, California, USA.

The legendary sleaze rockers’ long-time frontman Axl Rose was slated to appear on Jimmy Kimmel Live! tomorrow evening where it was expected that the singer would confirm the Guns N’ Roses reunion with guitarist Slash and bassist Duff McKagan, and likely reveal the rest of the line-up for the “reunion.” However, it appears that Rose has recently pulled out from appearing on Jimmy Kimmel Live! at this time.