Slash feat. Myles Kennedy & The Conspirators touring across Canada and US in September-October

After a successful two plus year run touring with Guns N’ Roses on the Not In This Lifetime Tour, guitarist Slash is going back on tour with Myles Kennedy & The Conspirators throughout Canada and the US on the Living The Dream Tour in September and October 2018. It appears that the group will also be releasing a new album titled Living The Dream on September 21, 2018. 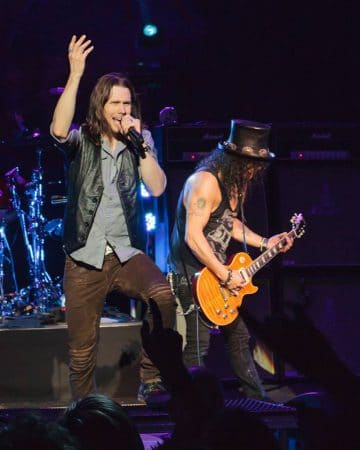 The following was posted on Slash‘s Facebook page earlier today:

“Slash ft. Myles Kennedy & The Conspirators are heading out across the US and Canada on the Living The Dream Tour. #slashnews

Artist pre-sale starts tomorrow at 10 AM local time on each stop. Use the password SLASH18.

Get your tickets at http://slashonline.com