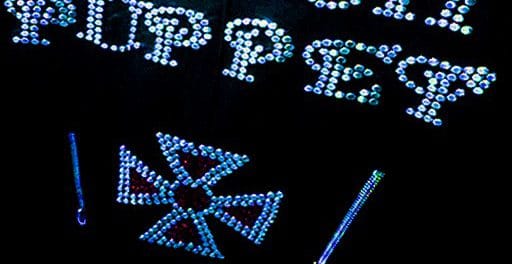 Great news for fans of Canadian rockers Slash Puppet as the group will be releasing a compilation album titled Studs & Gems in the future. 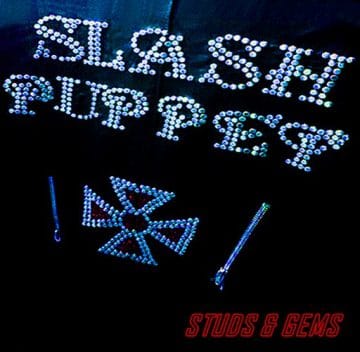 “On Thursday, October 19, 1989 a little known band by the name of Slash Puppet hit the stage at the now legendary Rock ‘N’ Roll Heaven in Toronto to a capacity crowd and laid a musical foundation that continues to resonate with fans the world over until this very day!!! On this, the 30th Anniversary of that inaugural show we would like to announce the soon to be released Studs & Gems that will feature a compilation of the band’s very best songs!!! Stay tuned for further details!”

Wikipedia states the following in part about Slash Puppet (with slight edits):

Slash Puppet was formed in 1989 in Toronto, Ontario, by drummer Franklin Wyles and vocalist Mif. The pair recruited guitarists Frank Bartoletti, Lou Garscadden and bassist Pete Dove through mutual musical contacts in the local scene. After rigorous rehearsal, the band began recording what would become their first (cassette only) release titled “The Demo” in Toronto. While performing extensively in Toronto and Southern Ontario, the band was nominated for “Best Toronto Club Act” at the 1990 Toronto Music Awards alongside David Wilcox, Sven Gali, The Phantoms, Bourbon Tabernacle Choir, and The Razorbacks eventually taking home the award by the widest margin of votes through all categories of the evening. It was at this time that the band caught the attention of Canadian music manager Ray Danniels (Rush) who quickly signed them to a management deal with SRO Management/Anthem Entertainment and the band immediately embarked on a media blitz with television and radio interviews across Canada while showcasing for A&R representatives from record labels across North America.

Following the success of the underground release of “The Demo“, the band began work on a more official debut with their self-titled record “Slash Puppet“. Initially after recording, the band was unhappy with the final result claiming the production was “way too Bryan Adams” and lacking in power. Eventually, the record landed in the hands of Canadian Juno nominated producer Richard Chycki (Dreamtheater, Rush, Aerosmith) who remixed the album with a more organic approach with which the band credits to saving the record. After having been released from SRO Management/Anthem Entertainment 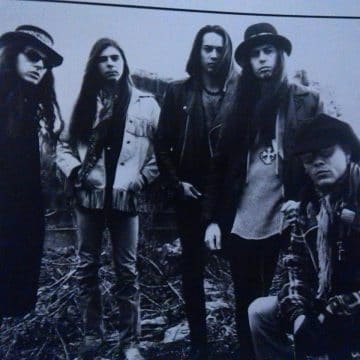 earlier in the year, the band released “Slash Puppet” in 1993 on Fringe Records and with regular rotation on Much Music‘s Power Hour and radio stations throughout Canada continued independently with performances in Toronto, Southern Ontario and Quebec. In late 1994 with the rising popularity of grunge music, the group found itself slowed to a stall, crediting a decreased interest in hard rock and glam groups as the culprit.

Eventually, Slash Puppet with the additions of new bassist Dave Carreiro (who replaced original bassist Pete Dove after he had left for New York) and guitarist Marcel La Fleur (who had replaced original guitarist Lou Garscadden) embarked on what would be their final tour across Canada. In early 1995, the band returned home to finish out their final five shows in Toronto and southern Ontario, when lead vocalist Mif announced that he was leaving the band to pursue other interests including an acting career, due primarily to the grunge invasion and the subsequent decline of hard rock and heavy metal. The remaining group members found themselves drifting into different musical directions which would effectively end the band’s successful six-year career. Two singles (“When The Whip Comes Down” and “Rippin’ On A Wishbone”) were featured in the 1996 Cannon Pictures film “Chain of Command“.

On August 4, 2001 after returning home from an evening out, founding guitarist Lou Garscadden was found deceased in his bed the next morning by his grandmother whose home he had been sharing. Speculation was that Lou had died from a heart attack. His funeral was well attended with Lou‘s coffin being carried out from the chapel to the Slash Puppet song “Hitch A Ride (On A Train)”.

In early 2007, twelve years after disbanding, rumours began circulating that a new Slash Puppet record was being released through Australian label Suncity Records. During the band’s hiatus, Canadian television via Much Music‘s Power Hour segment had begun airing reruns of Slash Puppet‘s video for “Slow Down” which revitalized interest in the group and caught the attention of the Suncity‘s Australian executives. Tentatively titled Slash Puppet II, the name was changed to No Strings Attached so as to not imply a comeback for the group. On September 3, 2007, No Strings Attached was released featuring re-released material recorded during the band’s 1992 demo era.”