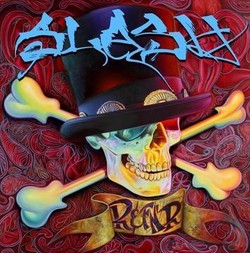 A major undertaking for Slash, he enlisted services of producing partner Eric Valentine (Queens of Stone Age, The All-American Rejects) and compiled a rhythm section of bassist Chris Chaney (Jane’s Addiction) and drummer Josh Freese (Nine Inch Nails). Slash handled the majority of arranging and songwriting duties and hand-picked each guest artist. The album’s guests worked collaboratively with Slash to round out the song.

“The idea was really simple in the beginning,” said Slash. “These are all artists I wanted to work with – that I thought it would be amazing to do something creative and collaborative. And I was so impressed with what everyone brought to the table. They were all so committed to doing a good job. And we had a lot of fun making these songs.”