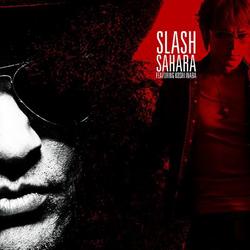 SLASH’S UPCOMING SOLO CD ABOUT TO BE MASTERED

Slash has posted the following update, saying that the release of his upcoming solo album, which is about to be mastered, is “going to be a blast”.

Slash states, “Hey, what’s happening? I had planned on posting this sooner, but the holiday came & I got sidetracked. Anyway, I hope everybody had a great Thanksgiving regardless. The fundraiser at the Avalon was a complete success, the concert raised 170k for LA Youth Network & made it possible for them to keep open their doors. If you were there thank you so much for your support. The gig itself was awesome, all the guests that appeared brought their A game, made a tremendous effort & really made it a special event. There were some fantastic moments up there that night for sure. I want to thank Ozzy, Perry Farrell, Billy Idol, Chester Bennington, Andrew Stockdale, Travis Barker, Dave Navarro, Steve Adler, Duff McKagan, Franky Perez, Chris Chaney & George Lopez for their selfless contributions. I want to thank the amazing crew who made the whole thing come off without a hitch & did it for little to nothing. And, everybody who donated generously to the cause. I also want to thank KLOS, The Huffington Post, the LA Times, the LA Weekly & Fox Sports News for their time & effort in helping to advertise & help make this a sellout Rock & Roll show, the likes of which could never be duplicated.

My solo record is about to go into mastering, it sounds really good already, but that’s the final step in the recording process & then it is finished. There is a lot of really cool plans being made for the release of this album, its going to be a blast.

I have a new “Slash Model” Les Paul in the works, I just saw & played the 1st prototype, its killer. There is also a Marshall 100w amp being developed that I’m helping design that shouldn’t be too far off as well. More news on both those items as it develops.

I’m also playing a few songs at the KLOS Christmas Party Dec 16th at the Nokia Theater along with Steve Lukather, Jason Bonham & a host of others which promises to be a good time I’m sure.

That’s about it, talk to you soon.”